With an estimated 164,690 new cases and 29,430 deaths in 2018, prostate cancer is the most frequently diagnosed solid malignancy and the second most frequent cause of cancer deaths among men in the United States.1 The prostate cancer disease continuum comprises relatively distinct disease states including clinically localized disease; post-treatment disease with a rising serum prostate-specific antigen (PSA) level; nonmetastatic castration-resistant prostate cancer (non-mCRPC); metastatic hormone-sensitive (or castration-naive) prostate cancer (mHSPC); and metastatic CRPC (mCRPC), which can further be classified on the basis of the line of therapy.2,3 Both non-mCRPC and mCRPC are disease states characterized by a rising serum PSA level despite a castrate serum testosterone level of <50 ng/dL, the former being distinguished by negative imaging studies for distant metastases. Whereas most prostate cancer deaths are due to mCRPC, most men are diagnosed with the organ-confined disease because of the relatively widespread use of PSA screening in the United States.2,4

An Approved Treatment for Non-mCRPC

Metastatic disease is a main cause of complications and death in men with prostate cancer. Bone metastases occur in more than 80% of patients with mCRPC and are associated with pain, pathologic fractures, spinal cord compression, decreased patient mobility, quality of life, and overall survival.5,6 Visceral metastases are less common, but the risk increases over time and may affect as many as half of men who die of prostate cancer.7 Thus, prevention or delay of metastases to bone and other sites represents a clinically meaningful treatment goal and remains an important unmet clinical need.

Non-mCRPC has a relatively indolent natural history. At 2 years, bone metastases develop in one-third of men, and the median metastasis-free survival is approximately 30 months.8 However, the relative risk for bone metastasis or death increases as the PSA doubling time (PSADT) decreases. Until recently, evidence-based treatment options in men with non-mCRPC have been lacking. However, in February 2018, the U.S. Food and Drug Administration (FDA) approved a second-generation androgen receptor (AR) antagonist, apalutamide (Erleada), for the treatment of men with non-mCRPC.9

Apalutamide (ARN-509), like enzalutamide, inhibits androgen-AR binding, AR nuclear translocation, DNA binding, and AR-mediated gene transcription.11 Its FDA approval was based on the efficacy and safety data from the double-blind, placebo-controlled, phase III SPARTAN trial, which compared 240 mg of apalutamide given once daily (n=806) or placebo (n=401) in men with non-mCRPC and a PSADT ≤10 months.12

The median metastasis-free survival (the primary endpoint defined as the time from randomization to the first detection of distant metastasis on imaging, as assessed by means of blinded independent central review, or death from any cause, whichever occurred first) was 40.5 months with apalutamide versus 16.2 months with placebo (hazard ratio [HR] =0.28; 95% CI, 0.23–0.35; P<.001). The metastasis-free survival benefit with apalutamide was observed across all subgroups, including patients in all age groups, different PSADT (≤6 months vs >6 months), and those with local or regional nodal disease at trial entry (N0 vs N1). The time to symptomatic disease progression was significantly longer with apalutamide than with placebo (HR, 0.45; 95% CI, 0.32–0.63; P<.001). Additionally, apalutamide was significantly more effective than placebo for other secondary endpoints, including the time to metastasis and progression-free survival.12

Treatment Considerations in Patients With Non-mCRPC

Emmanuel Antonarakis, MD, Associate Professor of Oncology and Urology at the Johns Hopkins Sidney Kimmel Comprehensive Cancer Center in Baltimore, stated that at his institution, “we are very big proponents of using hormone therapy as late as possible. So, our practice pattern, which is shared by others but not all, is to delay hormone therapy until the patient has radiographic metastatic disease. There are many institutions and private practice settings, however, where clinicians may start hormone therapy in a patient with a biochemical recurrence following primary therapy (eg, a rising serum PSA level after prostatectomy and/or local radiation therapy) to treat primary prostate cancer. What guides me the most in this area are the published data and meta-analyses from the randomized trials, which do not show a clear overall survival benefit of early hormone therapy before metastases develop.”

Dr. Antonarakis told JNCCN 360, “Delaying metastases is very important—especially psychologically, for patients it seems quite obvious—but it should not be the end goal in and of itself. From a regulatory and drug development perspective, it makes sense to use metastasis-free survival as an endpoint in clinical trials, as overall survival in these patients is on average 5 to 7 years and metastasis-free survival averages only 1 to 2 years. Also, of note, we have very good retrospective data from the ICECAP effort suggesting that metastasis-free survival is statistically correlated with overall survival.13 However, for many clinicians, including myself, to be absolutely convinced that it is worthwhile starting hormonal therapy, or in this case apalutamide, in these patients [with nonmetastatic disease], I would need to see the overall survival benefit from a randomized prospective trial. That said, the psychological benefit of treating non-mCRPC, as I mentioned, is huge. Because if you ask a patient, almost everybody would tell you that, ‘yes, delaying radiographic metastases is meaningful to me.’ However, what is important to remember is that most of the metastases reported in the SPARTAN trial were asymptomatic. What is more clinically meaningful—and was a secondary endpoint in this trial that was also improved with apalutamide—is the time to symptomatic disease progression. To me, that is a more tangible clinical benefit than just delay of radiographic disease progression.”

Kara Olivier, NP, of Massachusetts General Hospital in Boston, explained that at her institution “the decision about whether to treat an asymptomatic patient with non-mCRPC and a rising PSA is made on a case-by-case basis, and only after multiple factors have been assessed. They include, but are not limited to, patient and family histories, grade of cancer, PSA velocity and PSADT, psychological and lifestyle factors, as well as available clinical trials. For the most part, our experience with apalutamide is based on the patients who were enrolled in the SPARTAN trial. Now that apalutamide is FDA-approved and available, we have started using it outside of the trial, as per its formal indication and NCCN Guidelines,10,14 in patients who have the same clinical features as those who participated in the SPARTAN trial. However, it is too early to say whether its use in the community will differ in any important way from what was observed in the clinical trial. Before apalutamide became available, our typical approach to patients with non-mCRPC included careful observation, eg, following their PSA levels and obtaining imaging. In the past, for some of those patients, we would consider the addition of bicalutamide to androgen-deprivation therapy at time of biochemical disease progression.”

Apalutamide Safety and Management of Toxicity

Apalutamide-associated skin rash was typically described as macular or maculopapular.12 Its onset was reported at a median of 82 days of treatment and resolved within a median of 60 days for most (80.6%) patients. Rash covering >30% of body surface area (grade 3) was reported in 5.2% (apalutamide) versus 0.3% (placebo) patients. Management should include treatment with topical corticosteroids, oral antihistamines, systemic corticosteroids, drug interruption, and dose reduction.

Episodes of hypothyroidism occurred early in treatment and were all grade 1 or 2.12 Management consists of initiation of or increases in thyroid replacement therapy.

Androgen-deprivation therapy alone decreases bone mineral density and increases the risk for clinical fractures, and its use plus treatment with apalutamide seems to further increase the risk for fracture in men receiving long-term androgen-deprivation therapy.12 Management should follow clinical practice guidelines (eg, apalutamide should be given with bone support such as an osteoclast inhibitor or bisphosphonates) and should include patient evaluation for fracture risk.14

On the issue of adverse events, Ms. Olivier added that “we have seen some GI upsets such as loose stools, but they were typically manageable by dose interruptions and, on improvement of symptoms, restarting apalutamide at the lower dose. The adverse events that prompted treatment interruptions included a total body rash in one patient as well as gait instability and multiple falls in another patient. In both cases, however, symptoms resolved once we stopped the therapy.”

Dr. Antonarakis further stated that “one of the reasons my enthusiasm is somewhat tempered is that the safety signal of apalutamide is a bit concerning. Particularly, if you are planning to use the drug for a prolonged time, the long-term adverse events such as joint pain and weight loss, mediated by apparent appetite suppression, are concerning.”

In conclusion, Dr. Antonarakis told JNCCN 360 that “despite the fact that the FDA approval does not specify it, apalutamide should not be used in every patient with non-mCRPC, in my opinion. For example, patients with a PSADT >10 months should not be given this drug because in these patients, apalutamide may result in more harm than benefit. In other words, we should be mindful of the fact that the patient population included in the SPARTAN trial, which was used to gain the FDA approval, had a PSADT ≤10 months. If I were to use apalutamide in my clinical practice outside of the clinical trial, I would use it as approved by the FDA and recommended by the NCCN.10,14 I would do a scan at baseline and then at 1 or 1.5 years later. If the PSA level were to start rising, I would do the scans every 4 to 6 months after that.” Dr. Antonarakis also stressed the importance of monitoring patients for osteoporosis using bone density scans (ie, dual-energy x-ray absorptiometry scans) at the beginning of treatment and then once every 12 months.” He added, “If the patient develops osteopenia or osteoporosis, one should consider stopping the drug.” Finally, regarding safety, the two side effects that Dr. Antonarakis is most concerned about when considering the use of apalutamide are the risks of falls and bone fractures.

It is important to make sure that we see a patient frequently, perhaps every 2 weeks in the beginning, for physical exams and lab monitoring. This is critical for a patient’s success on treatment with apalutamide.

Ms. Olivier emphasized that for her, “it is important to consider patient history and other factors when deciding whether apalutamide is the right medication for a given patient. Typically, if and when the treatment is initiated, it is important to make sure that we see a patient frequently, perhaps every 2 weeks in the beginning, for physical exams and lab monitoring. This is critical for a patient’s success on treatment with apalutamide. Later on, of course, those visits can be spaced out, as we get a better sense of how the patient is tolerating the drug.” Ms. Olivier concluded by saying that for her, “the bottom line is that it is nice to have a new agent approved and available in this patient population.”

Emmanuel S. Antonarakis, MD, has disclosed that he is a paid consultant/advisor to Janssen, Astellas, Sanofi, Dendreon, Medivation, ESSA, AstraZeneca, Clovis, and Merck; he has received institutional research funding from Janssen, Johnson & Johnson, Sanofi, Dendreon, Genentech, Novartis, Tokai, Bristol Myers-Squibb, AstraZeneca, Clovis and Merck; and he is the co-inventor of a biomarker technology that has been licensed to Qiagen. 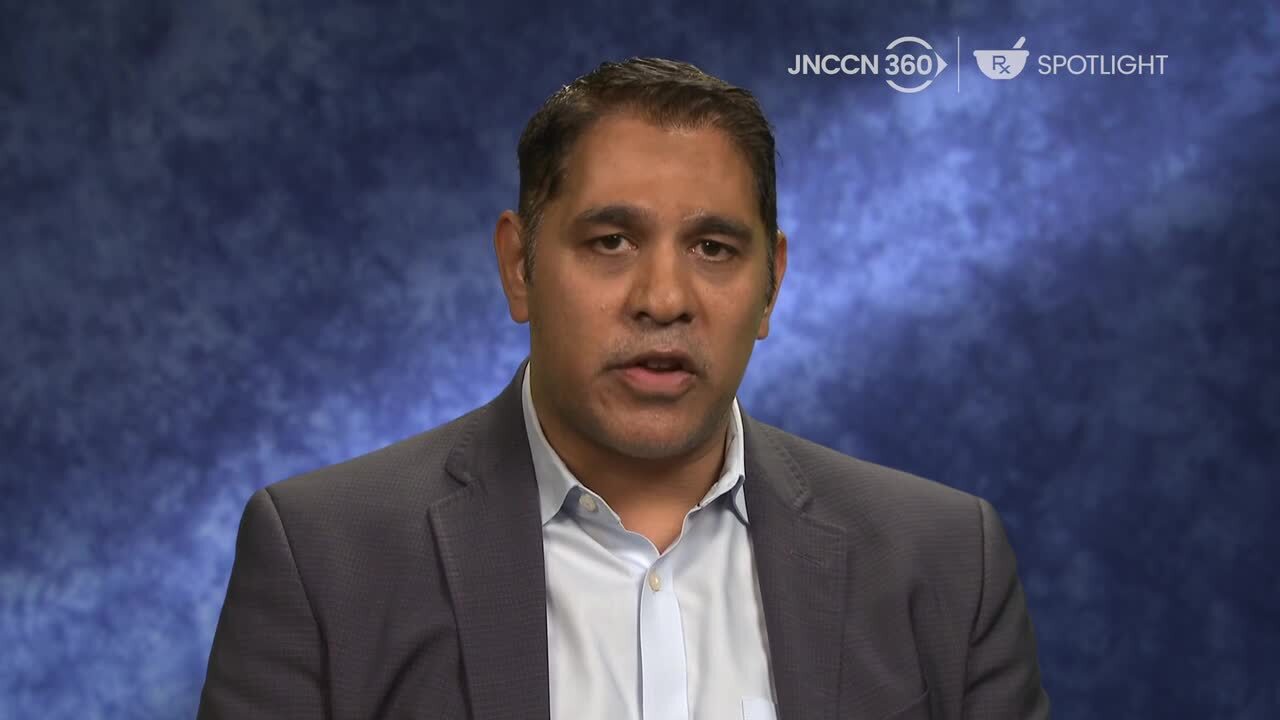 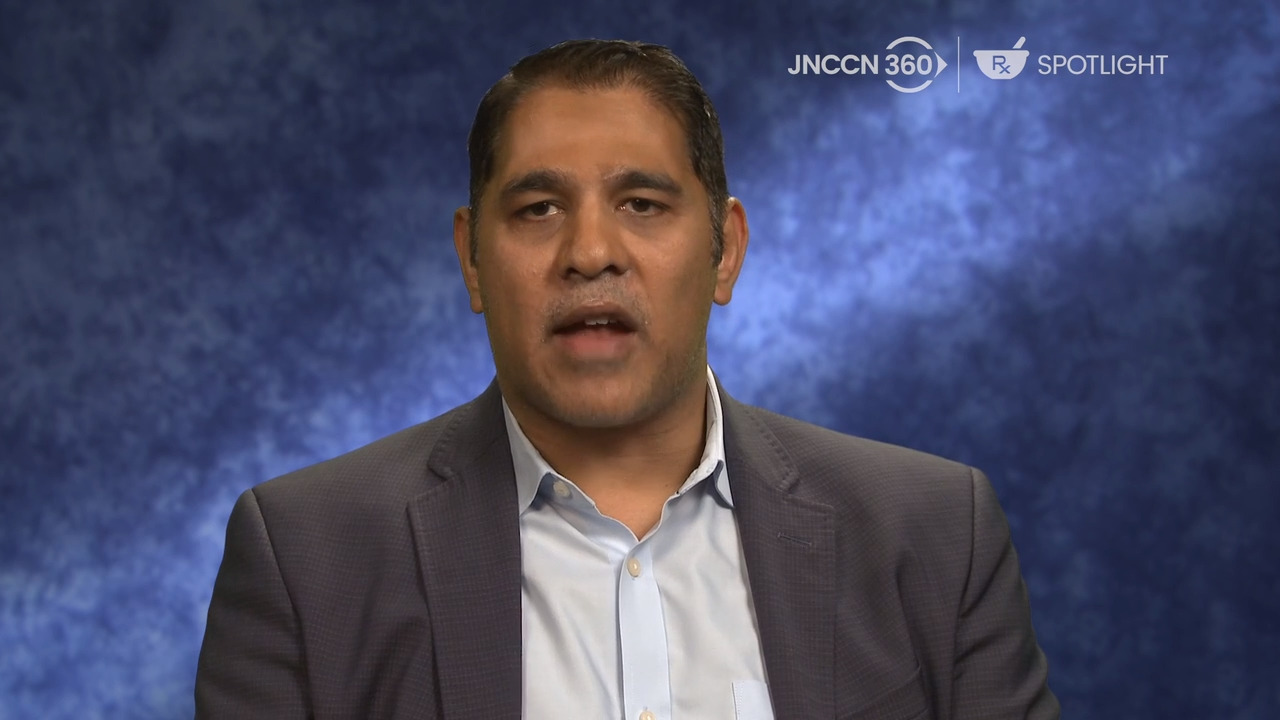 Concurrent use of apalutamide with medications that are substrates of CYP3A4, CYP2C19, CYP2C9, UGT, P-gp, BCRP, or OATP1B1 may result in the loss of activity of these medications.